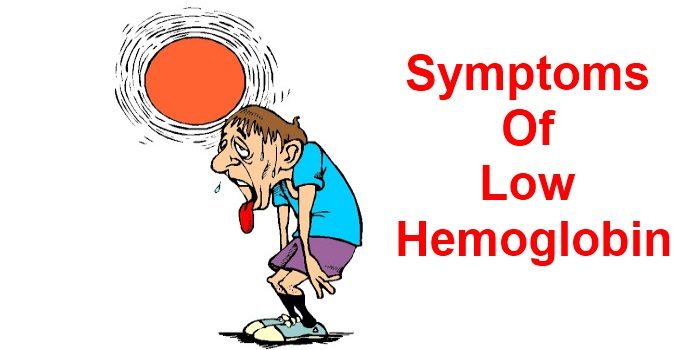 Persistent headache, persistent fatigue, and persistent lack of concentration! Let’s look ahead at the uncommon symptoms of Low Hemoglobin, which may surface in a few patients with anemia.

It’s difficult to explain why, but some anemics tend to sweat a lot. Especially the area under their underarms pours when exposed to humid environments.

If you are facing problems related to body odor and get drenched on sunny days. It’s time to have a medical briefing about your hemoglobin count.

A doc’s opinion on your condition becomes even important if excessive sweating continues, despite the efforts to cool down the stimulated sweat glands.

It’s almost unheard of but true that nausea is also an uncommon sign of anemia. If after taking your breakfast, you feel like throwing up it does not matter whether you actually throw up or not- you might need a medical briefing on your red blood cell count.

Persistent nausea post-breakfast has been linked to anemia. Consider a medical checkup if you have nausea, to go along with pouring underarms.

Heartburn That Does Not Go Away Easily

You may say what heartburn has got to do with anemia. But a few anemics face the brunt of persistent acidity. Anemia may put the digestive system out of order.

Stomach bloating and heartburn are some of the other uncommon symptoms related to anemia.

Swelling Of the Extremities

Though you might have read about swelling of extremities like hands and toes in most articles on anemia. This symptom is not common and is only found in rare cases.

Drops of Blood In Stool

Anyone will get goosebumps on seeing drops of blood in the stool. Taking it to be an instance of serious intestinal infection or other grave diseases. But you would be surprised to note that anemia can also show up as blood in stools.

Being aware of the variety of symptoms of anemia. Both the common and the uncommon- would help you to catch anemia in the early stages and look for its early cure. After all, any ailment caught early is uncomplicated to treat.